Living with a disabled parent is a very difficult situation to put into words. I struggled for a long time to even begin to think of the ‘story’ of Wayne Howard’s sons’ perspective, as I knew it would involve looking back to the very beginning, and bring out many of the thoughts and feelings surrounding the whole subject.

After nearly 17 years, it’s practically become a refined talent for the involved members of my family and I to focus on the positives of every day, and not dwell on any negatives (or the past, for that matter). Even though our entire lifestyle has revolved around my father, it’s not easy to explain it all, as its just become the normal lifestyle for me. However, in the hopes that a background story may give hope to anyone in the future, or those who currently live a similar lifestyle, I’ll try to explain the situation from my perspective. 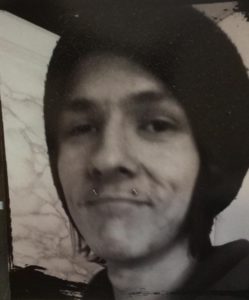 I was only 6 when it happened, my brothers were 8 and 3. When I think back to it, it took a very long time to phase me in any way. I had moments; where when I think back to them now, I was confused and upset, but at the time I just didn’t understand the complexity of the situation, and the whole impact of it all. It was vague moments of being upset that my parents weren’t home for quite a while, and my grandparents had to look after me. Getting a Christmas present from my dad (which we opened in his hospital room), and not being able to comprehend how he could have bought us presents if he’s in hospital? I try not to think much about the very beginning, but I do look back and appreciate everything my mother has been able to do for him and us, even today and beyond.

She carried the entire burden on her shoulders so that we didn’t have to, and when I finally grew up and matured, I was able to ‘join the battle’ so to speak, and talk directly to her about it. Having a thorough understanding of it definitely helps, but that doesn’t mean it hasn’t effected me in the past just because I didn’t fully understand the severity. Growing up, people would often talk about how they’re going out for the day with their Dad, or how they’ve met other friends’ Dads and chat with them all the time etc. It was definitely a touchy subject for me, but my Mum always made the effort to make sure me and my brothers had as ‘normal’ of a childhood as we possibly could have. Though we live a very unique lifestyle, we’ve always pushed to make it just as positive and meaningful as any other families’.

I had many moments throughout childhood (and teenage years), where I woke up and for a brief, blissful moment – everything was okay. Only to come back to reality and remember it all. That’s not saying the lifestyle we live with my father is bad, because it is far from it. It’s merely a reminder on the big negative. It’s very easy to let yourself be consumed by that negative, blame others and/or question why this had to happen to you and your family. However, the harder and much more worthwhile outlook is to remain positive, focus on the progress and happiness that you still have every day, and continue to fight the battle alongside him. I’ve always been told and proven of his determination to survive despite all odds, and so long as he has the strongest partner in the world (My incredible Mother), and a supportive family, he’ll keep going as long as he can physically manage. 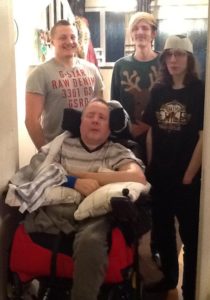 For a long time, my Dad was gradually improving. He was doing physiotherapy, able to walk (with a false leg and assistance), and able to talk and converse with people. Granted, many others found it very difficult to understand what he was saying, but if you put in the time and commitment, you’d get such a unique character out of him. That was it, that was my Dad. Still in there, just trapped behind this disability. The idea of him one day getting dramatically better was always looking more and more likely. Never to his original self, of course, but he showed so many signs of improvement. It’s always good to keep hopes up, and fight the battle as hard as you can, but never rule-out any negatives. I still don’t understand the full details myself, but over time he gradually began to decline again. My Mum had her suspicions on what it could have been, which was always the best we had to go on, since many Nurses and professionals would be stumped, and tell her “You know him best”.
As of today, he can no longer speak, and essentially just communicates through his eyes. I don’t fully understand it, I don’t know what he means, but of course my Mum always does. I’d say she’s a ‘Wayne Howard Specialist’, she can read him like a book and knows absolutely everything there is to know about him. I do know, however, there’s still a personality behind those eyes. He may not be able to speak directly to you, but he’s telling a story just in his expression. From the outside, it’ll seem like I’m talking to myself, just going on about nonsense. But I’m actually conversing with him, he’s responding in those eyes, cracking jokes and all sorts. Once you can see the personality is still right there, it becomes easy to communicate without him saying a single thing. Of course I have difficulty understanding what he may need, or what may be bothering him, but that’s the part where my Mum can handle it. I truly believe they’re connected through Heart and Mind, the strongest love I’ve ever witnessed.

He has recently been diagnosed with something which has essentially put a ‘timer’ on his life. As much as this should be a shock, I don’t think it ever really hit me or my family as much as it would others’. We’ve always lived our life knowing that; sometime soon something bad could happen, and he may pass. But we’ve always seen his courage and determination to continue life and enjoy it, so we’ve always done our best to support him in that effort. So, whenever bad news like that comes our way, we focus on the positives of the situation. It could be a month, it could be a year, who knows how long he may have left. But sitting around and dwelling on it, letting it put us down wouldn’t do anything. He’d be happy knowing we’re still alongside him every step of his incredible journey, up until the very end.

Though the personal details can be very tough to read, and seem very negative, this is all written in a very positive state-of-mind. Even though it’s such a unique lifestyle to live, and it’s incredibly tough to accept, it’s so worth the battle. When the day finally comes, the battle wouldn’t have been lost, it will have been won tremendously. We push for every second of life we can have from him, and his refusal to give up proves to us we’re doing what he would want us to be doing. He had a life threatening accident – 17 years later he’s still going despite all odds. My Mum and Dad have tag-teamed this entire fight, they’ve had support from friends and family, but overall the crucial times rely on them two alone. 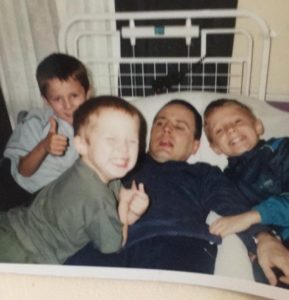 That’s something to celebrate, its something I’m proud of, and I can easily say I have the greatest parents in the world. Whilst living with a disabled parent is the toughest and most emotional part of my life, it’s also nothing to feel negative about. I’ve learned a lot, I’ve grown as a person and I’ve always got the small thought of hope hidden away. After all these years of ups and downs, and with enough support to go alongside his determination, you really never know what he’s going to battle through and win against next.